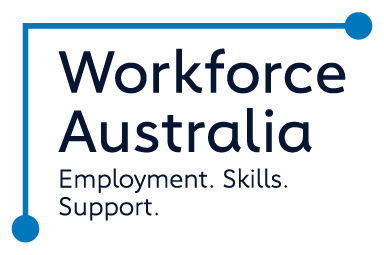 For the past two and a half years, Mohammed has worked as a security officer at the railway yards in Lithgow, which sits on the fringe of the Blue Mountains and a two-hour drive from Sydney.

He begins his shift at 6pm, working until sunrise. Some of his primary duties involve patrolling the platform, checking equipment, ensuring the yard is safe and monitoring the trains arriving throughout the night.

Although he often works alone, the responsibility of the role is one that he relishes and takes very seriously.

His hard work has definitely paid off. Mohammed agrees that his life has changed significantly, and he has also been able to buy himself a new car.

"Having this job means everything to me. I work hard, and I get rewarded for it," says Mohammed.

Mohammed’s story is not an uncommon one. He was born in Egypt, and after arriving in Australia, he was keen to prove himself to his new country and to contribute to his new community, including finding a steady job.

Having been referred to our PeoplePlus Lakemba branch in 2016, Mohammed teamed up with our Case Manager Marie, who then began the groundwork by assisting him to address his immediate career goal. Marie was able to prepare a clear pathway plan for Mohammed. She then enlisted the expertise of our Recruitment Consultant Tanya who sourced a security role through her extensive network of employers.

"If I hadn't gone to PeoplePlus, I would still be looking for work.

"I was desperate for a job, and Marie and Tanya looked after me and set me on the path to success," says Mohammed.

As he reflects on his journey from working with PeoplePlus to find a sustainable and rewarding job and life here in Australia, not only has the job changed Mohammed’s life, but it is also improving the lives of his children who still live in his homeland of Egypt.

"I have five children, and my eldest daughter has completed a diploma and is now studying for a masters degree.

"My son is completing higher education courses, and my other three children are still doing well in school.

Mohamed also shared that he has applied for Australian citizenship on behalf of his children.

"Having a good job means that I can send money to them overseas to help them with their education,"

"I want my kids to come to this great country and experience a new life, just like I have," Mohammed says.

In addition to his employment success, Mohammed also starred in a short feature from the Australian Government's jobactive media channel – discussing how PeoplePlus and jobactive placed him into work and changed his life.

So what's next for Mohammed?

"I have new goals that I am going to work hard to achieve, and I want to start my own security company in the future.

"None of these things would be possible without PeoplePlus,” says Mohammed.

The team at PeoplePlus would like to congratulate Mohammed on this fantastic achievement and wish you continued success in your career.

As a victim of domestic violence, Matt felt he had nowhere to go. After being referred to our services, Matt found the u...